What did the Promo do for you?

Commercial directors have cut their teeth in promos for decades, but is it still a good way into advertising?

Independent agents OB Management have been a big name in music video talent for years now, representing many of the sharpest directors that genre has seen. A decade since Otis Bell founded the company, now they’re taking on the world of advertising with a select roster of directors for representation in commercials.

Music videos can be instrumental in the development of both new and established directors. But when it comes to transitioning from promos to advertising the question remains: what did the promo do for directors?

We asked Otis what he thought.

The Beak Street Bugle: How important are promos to the development of a director’s reel?
Otis Bell: Promos can be instrumental in the development of both new and established directors but probably more crucial to emerging talent. How else can you create a showreel that will allow you to carve the right directorial path?

The new director’s apprenticeship in the promo world is the opportunity to not only experiment but to be selective in your output, control and present your identity. The only other way is to make films, which are considerably more difficult to get off the ground and probably harder to present in short form to agencies and clients (if that’s where you are aiming!)

BSB: You’ve basically seen all the music videos. How do you feel about them now?
OB: It’s funny; I do now watch music videos in a different light. You become acutely aware of how indulgent and laboured some videos can be, especially compared to the precision and skills required to present a message in 60 seconds or less.

There have been a slew of abstract narratives that indulge themselves in a vague story that hangs on beautiful slow-motion shots to hold your interest. That’s not enough these days.

Certainly my patience for music video has been tested. If I’m not hooked in the first 30 seconds, I turn off. However, I always feel incredibly rewarded when screening a breakthrough new video to a room of agency producers and creatives. The response is always one of gratitude and can often spawn inspiration for their next campaign. Agencies generally seem far more interested in watching other disciplines from new talent than seeing another bunch of telly ads.

BSB: Are agencies really looking for promo directors, or are they too scared to take the risk?
OB: I think this would’ve been the case 10 years ago when we were still making music videos for TV. Back then they were more generic as they had to appeal to broadcasters, they had to sit along side big glossy videos from the US so they were generally more performance based. Of course there were still some outstanding creative videos but how many were seen by the masses outside of the industry when you could only view them on MTV2 or late night screenings?

However, these days they’re far more diverse with high-concept ideas, experimental post techniques, trends/fashions and more and more classic storytelling, all of which are relevant to a wide spectrum of brands.

And of course now we can actually measure the success of a video, the connection it has had with an audience, so it’s perhaps more reassuring to use a promo director that has had a visible reaction to his/her work on a global scale.

BSB: Is music videos still a good training ground for directors?
OB: Of course, and then some. Music videos can be brutal. Usually massively underfunded and often with very little prep time, so you have to be incredibly resourceful and creative in your approach.

In theory, once you’ve progressed to commercials you at least have the adequate resources to do the job properly. Really the only area of inexperience will be the client and agency process but any directors crossing over should be mentored by their production company and producer as it’s way more structured than working with record labels. What I mean by that is that every frame is discussed and approved in detail with commercials, whereas you’re given more freedom in music videos most of the time.

BSB: What do promos allow the director to create that commercials still can’t?
OB: Well, we’re back to the creative freedom basically. For a start there is no strict format that has to be adhered to since they’re mostly made for online platforms rather than TV, although TV edits are still made. A music video is a much longer format than traditional TV ads, giving the director greater opportunity to tell more detailed narrative or explore concepts further.

Also, with the right track the director has the opportunity to get his work seen by millions of people around the world. Look at Josh Cole. His commercials career kicked off massively off the back of his first music video with Rudimental. Aside accumulating over 18 million YouTube views and winning Josh a Young Director Award at Cannes; the video spread rapidly round most agencies and was heavily used by many of them in pitches to clients, animatics and scripts. It’s very satisfying that we were instrumental in that transition.

BSB: Are promo directors often a better option for branded films?
OB: Well, it would be hard to say that in general a music video director would be better suited. It depends on the message and discipline required. However, it certainly is an area that seems to provide a good crossover for a number of reasons.

Firstly, content films are often lower budget, which makes it difficult for the more established ad directors to tackle. So it’s a good foot in the door with an agency for a young video director. This goes hand in hand with being resourceful on these budgets, working with smaller, more agile crews. Promo directors are also often way more in touch with new trends and markets, being particularly aware of the fast changing viewing habits of new generations.

BSB: Is it a leap of faith representing promo directors for commercials?
OB: Firstly, I must stress that most of the directors we represent for commercials at Somesuch [& Co.] are already very established in this area, most of which cut their teeth on music videos. Using any new director takes a certain amount of faith but it’s a calculated risk isn’t it?

To continue to create award-winning, ground-breaking work we all have to take chances but personally I think a music video director who has shot endless under-resourced films with stunning results is minimal risk, providing they’re surrounded by an experienced team in that given market. And quite often these directors have had the chance to experiment, make mistakes and be confident in their decisions – more so than a director who’s been restricted by the rigidity of shooting commercials for however long.

BSB: Is OB Management an institution for turning promo directors into commercial directors or something more interesting?
OB: Ha, an institution. I like that, apart from it makes us sound like old farts! I think more than anything we’re a trusted resource for talent. That’s where we get our buzz, whether it’s a debut director shooting a 2k music video for an awesome new artist or pointing an agency to a director they hadn’t considered before, that’s really where we’ve positioned ourselves. But we do love using the world of music to find the next generation of directors, photographers and designers. It’s a good formula.

It’s hard for anyone to make a business out of music videos but our position in that world has great value if harnessed properly. Hmm, maybe an institution is a good description. We do get to see our directors grow through promos, then commercials and sometimes then fly the nest on to features. Maybe we need to be film agents too? Then we really would be an institution for directors.

BSB: Who are some good examples of directors bridging markets and genres?
OB: You have to look at Somesuch as a company that has done this very successfully with 90 per cent of their directors coming from a background in music videos, many of them still dipping their toes in to creatively stimulate themselves and push the boundaries.

Classic examples that have transcended these worlds are the likes of Romain Gavras and Daniel Wolfe, both of which have brought their individual styles from promos to provide a bold, refreshing antidote to traditional commercials and beyond. In fact, Daniel’s first feature film, Catch me Daddy, comes out later this year and is set to establish him as one of the UK’s brightest talents. If you want to check out some great new talent emerging into commercials from promos, check out Bob Harlow, Abteen Beghari, Ben Strebel, Aoife Mcardle and George Belfield.

BSB: Has working in promos affected the way you spot talent for commercials?
OB: We certainly know what we’re looking for in directors. It’s not just about their reel but the whole package, their mindset, ideas and clarity of vision when we meet them. I guess the main difference when looking for talent is that music video directors HAVE to have ideas, they need to be able to offer up clever creatives from quite open briefs. You can be the most accomplished, well-crafted filmmaker with impeccable execution but if you can’t come up with an original concept then you’ll never actually book a video. The labels rely heavily on directors to come up with a creative for their artists; the director is essentially doing the agency creative role, it’s 50 per cent of the job in music videos. That’s why I think promo directors make amazing ad directors, because they generally bring more ideas to the table and delve deeper into the concept looking at every possible twist and turn. Dougal Wilson is probably one of the best examples of this.

BSB: Do you ever get the other way round? Commercial directors who want to go into promos?
OB: Oh yes, many commercial directors crave a bit more freedom, an opportunity to make something for themselves and show the world what they can really do. It’s a great way of showcasing a different skillset if you’re a commercials director that is stuck in a particular style of work. 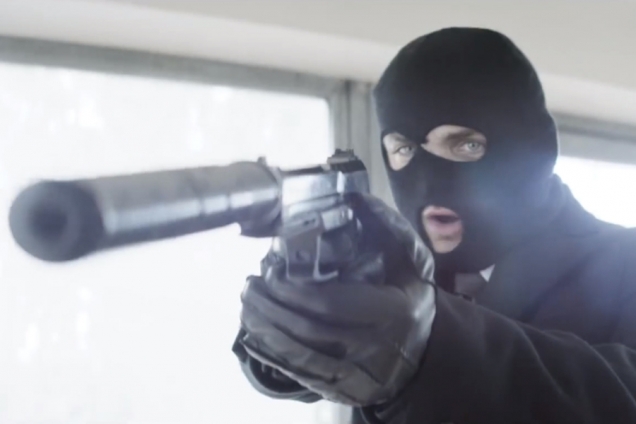 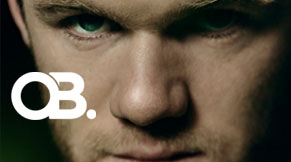 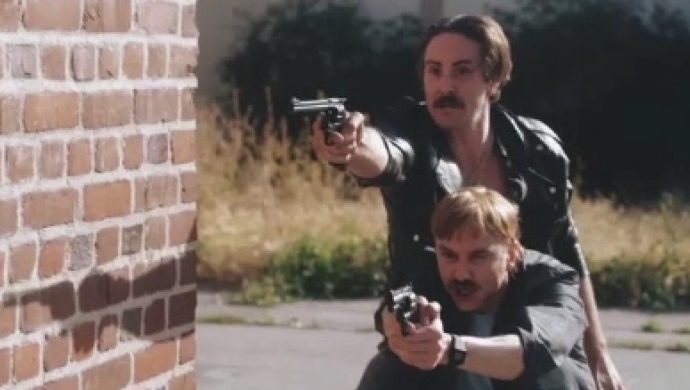 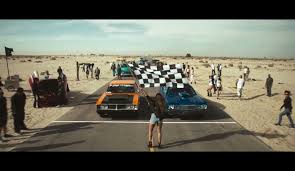